Here are some photos of other rare Merc Cougar NASCAR’s

More information about Dave Dion’s car – “The car ran mid to late 70s. The Thunder Road win was in 1976 I believe. He switched over to #29 during the years he raced the Cougar. Based on the different graphics he ran it 3-4 years before switching to a Ford Fairmont Futura.

It was primarily a Late Model Sportsman car and ran in the Northeast but he did venture south on occasion and ran it several times in the big end of year Sportsman race at Martinsville.” – Statsman

“I can provide you with some more information on this car, as I saw race every week in my youth.

The car was a NASCAR Late Model Sportsman, and the Dion team ran it weekly at (at the time) NASCAR sanctioned tracks Catamount Stadium and Thunder Road (both located in VT) from ’75 – ’77, and then in specials only from ’78 thru ’79 as the Dion’s focused primarily on their Cup car.

At the time there was also a Northern NASCAR circuit for Late Model Sportsman that consisted of long distance special events (usually between 100 – 300 laps) at tracks around the Northeast and Canada, although it wasn’t really a touring series, as would later come. But between the weekly racing, and the Northern NASCAR special events, a team could run about 55 races per season if they wanted to (and the Dion team were full-time races, so they hit most of the shows.

They also augmented that schedule with a few open comp shows in Maine (where the NASCAR Late Models usually have an advantage over any else allowed to run) and some of the bigger races at the southern NASCAR tracks such as Martinsville, VA, Beltsville, MD, and Southside (also in VA).

It wasn’t uncommon for that team to race in Barre, VT on Thursday night, Beltsville, MD on Friday night, Milton, VT on Saturday night, and some place in Quebec on Sunday. It was quite a grueling schedule they ran, and by the end of the season, the car (they only had one) looked pretty ragged after 80+ races.

Dave ran the number 27 until he and his brothers took a stab at Cup racing with their own home built car in ‘78. At the time the number 27 was already in use in the Cup series (I think by the M.C. Anderson team), so the Dions simply switched their number to 29 on both their Cup car and LMS.

Their Cougar was home built, however Dave had a very close relationship with Tommy Turner, and besides information, I’m sure some parts & pieces were swapped as well.

Outside of maybe Jody Ridley, I don’t think there was anyone more successful with a Ford on the East Coast short tracks during the mid to late 70′s, than the Dion Cougar. That car won many, many NASCAR Late Model Sportsman races and a few championships as well.” - Rim Rider 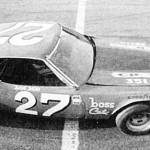 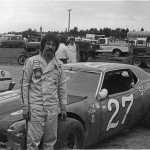 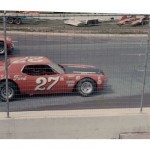 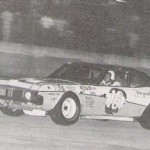 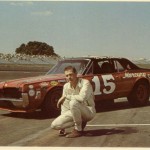 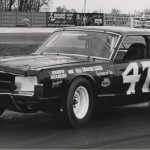 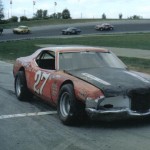 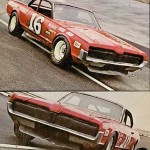 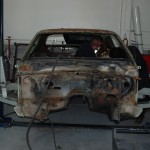 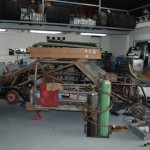 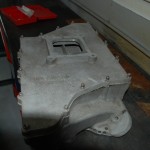 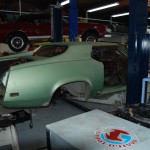 Tear down of the Granada

Here are some picts of us removing stuff from the Granada to make into a Cougar. Also included a picture of the car when it raced as a Granada 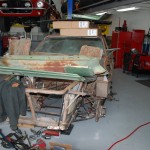 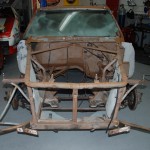 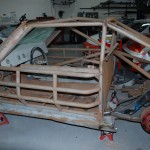 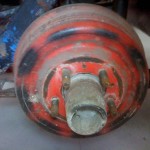 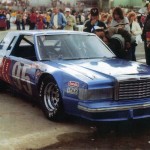 Here are some photos of the car before, during and after its first day arriving. Note the car was rebodied in about 1979 from a Merc Cougar to a Ford Granada. Its wheelbase was shortened from 115″ to 110″ as well as some minor changes being made to the cage and front clip to accommodate the shorter wheelbase.  We are restoring the car back to its original 115″ Wheelbase as well as restoring the front clip and cage to original configurations. 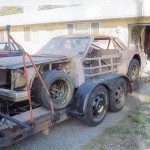 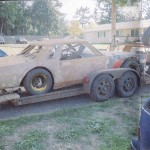 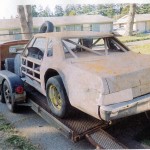 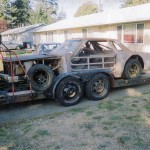 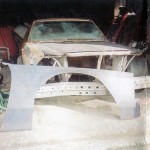 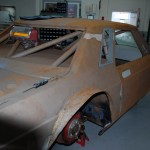 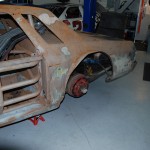 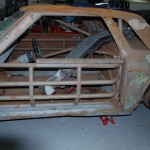 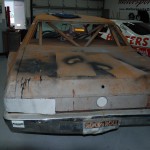 Photos of it upon arrival in Campbell, CA

Hello folks. This is my first of hopefully many postings showcasing the restoration of my 1973 Winston West NASCAR Mercury Cougar originally driven by Harry Jefferson. 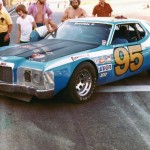 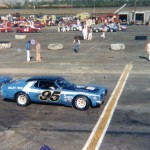 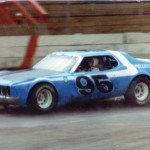 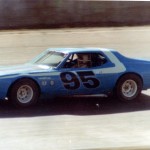